I ended the year 2017 finally getting to tick off a massive bucket list, visiting the Angkor Wat in Siem Reap, Cambodia. This is the majestic and more touristic version of the temples in Bagan, Myanmar but still a must see especially since the ancient building walls are slowly deteriorating and it is such a shame!

Angkor Wat means temple city and when you step foot on it’s ground you understand why this is one of the world’s largest religious artefact. What I hadn’t known was that the Angkor Wat complex was originally a worship house for Hindus and later converted by into a buddhist temple in the late 14th centuries

Another thing I had not known was that Angkor is the name of the city where the temple lies (no, it isn’t in Siem Reap), and prior to the industrial revolution, this was the biggest city in the world. It was also the capital of the Khmer empire in Cambodia. How does a country with such power and wealth succumb to being another poor, third world country visited by many well off tourists? A government that does nothing for it’s people comes to power…

But let me avoid the political rant.

When you walk into the large temple city, it is easy to understand why many are left in awe. To think of the extent of work that went into this architecture thousands of years ago with none of the machinery we have today, leave you speechless. As if the size wasn’t enough to impress, the walls are carved with religious stories of battle, heaven and earth and so much more.

It is advised to visit the temples as early in the morning as possible to avoid the large crowds, that being said, expect crowds. Annoying big groups of them… but then there also crowds of little friends around the ancient building, adding more cheeky character to it. 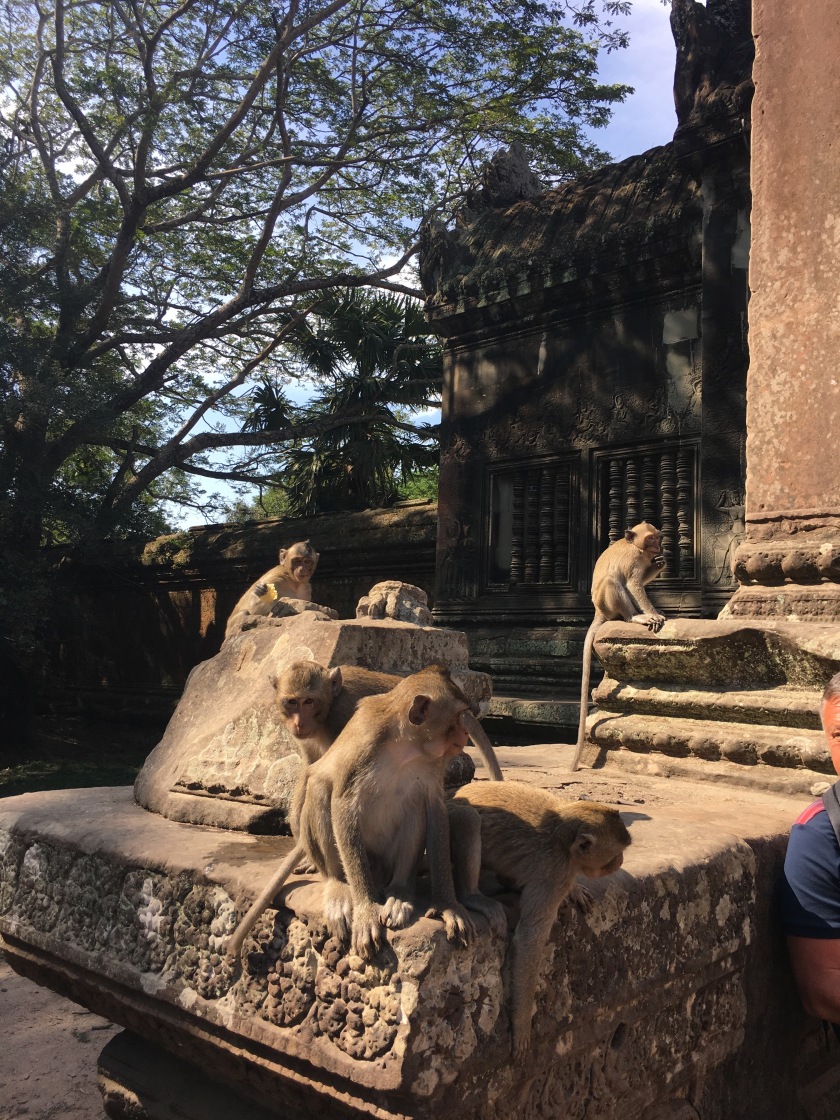 In my opinion, a full day is enough to see all the temples, however, you can also split it out across 2 or 3 days if you have the time. A one day ticket will cost you 37 USD to enter any temple in the complex, however, that doesn’t include a driver for the day. Ask you hotel to arrange this for you, it will usually cost around 50USD in total for the day including your ticket and driver:

While there are over 1,000 temples to explore in the region, the must see and most poplar ones that you cannot miss are:

This temple, made infamous in the lara croft Tomb raider film with Angelina Jolie, has hardly been reconstructed although I saw how there are currently some restoration works going on. The roots of trees have conquered this temple, adding to it’s picturesque element, sitting isolated in the jungle.

This mysterious temple was built at the end of the 12 century and unlike many of the other temples here, this one was built as a buddhist temple however other gods like Vishnu were also worshipped here with their dedicated shrines. The official khmer religion has a violent history with it being converted between hinduism to buddhism. You see this as you walk around some of the temples and noticed the buddhas head missing, as they were all chopped off when the religion was converted back to hinduism King Jayavarman VIII.

This temple is best known for the faces carved on it’s many towers. It is believed that they are faces of Lokeshvara, the Bodhisattva of compassion. 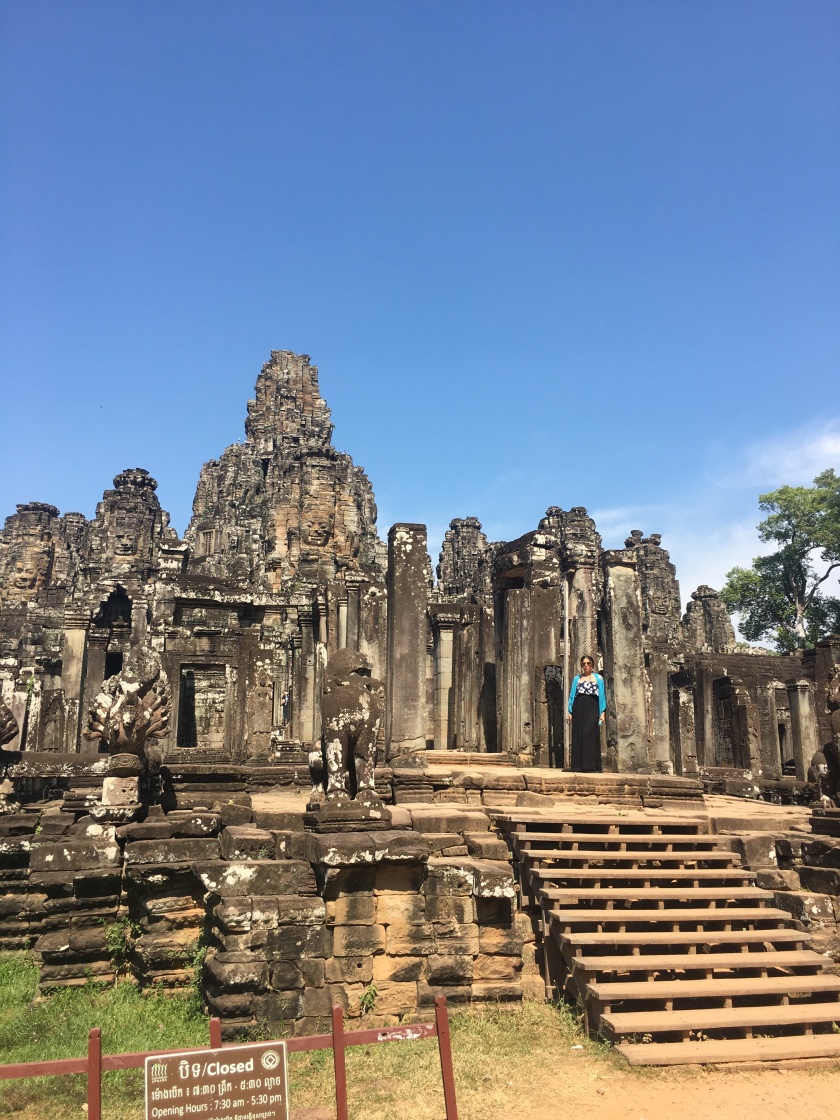 It is simply a must see on your bucket list, visiting these ancient grounds. While tourists flock from all over the world, please remember to leave nothing behind but footsteps. Do not touch the walls and carvings, as it affects the erosion of them. I hope you get the chance to soak it all in with your eyes and your camera.

Soak in all of its glory.