Most people associate Oxford with the infamous Oxford University (sorry Mom that I didn’t decide to get my degree here) and of course, Harry Potter. Spending a day in Oxford allows you enough time to walk around the city centre and take in the great architecture. 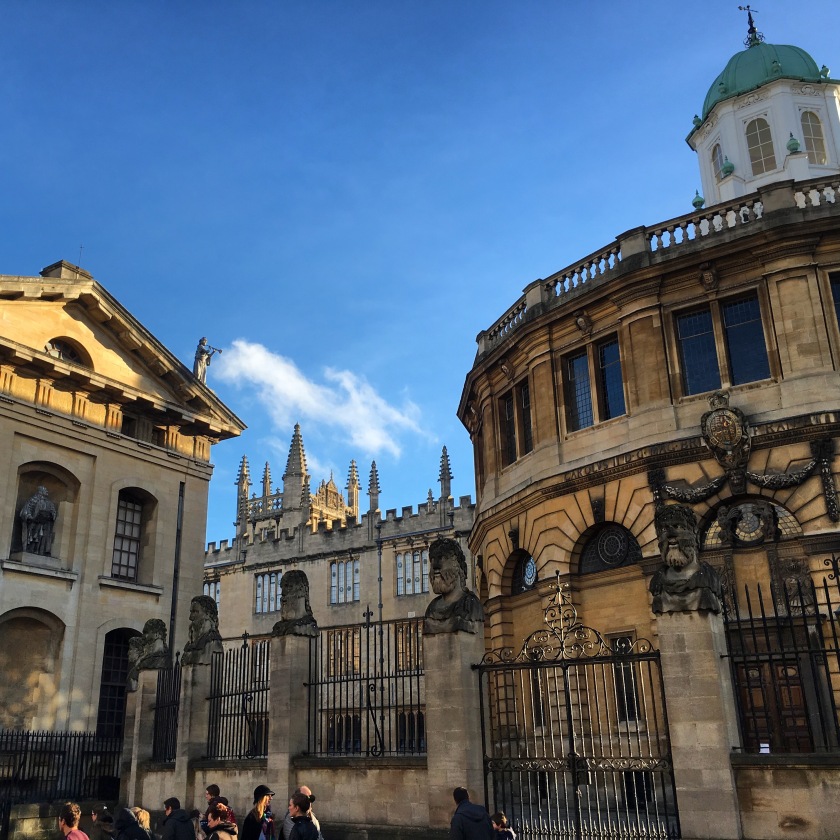 I would recommend entering the trinity college campus for just £1. It is such a pretty campus with vast gardens, probably for the annual Quidditch game. You can see here the inspiration that J.K Rowling had from this city. 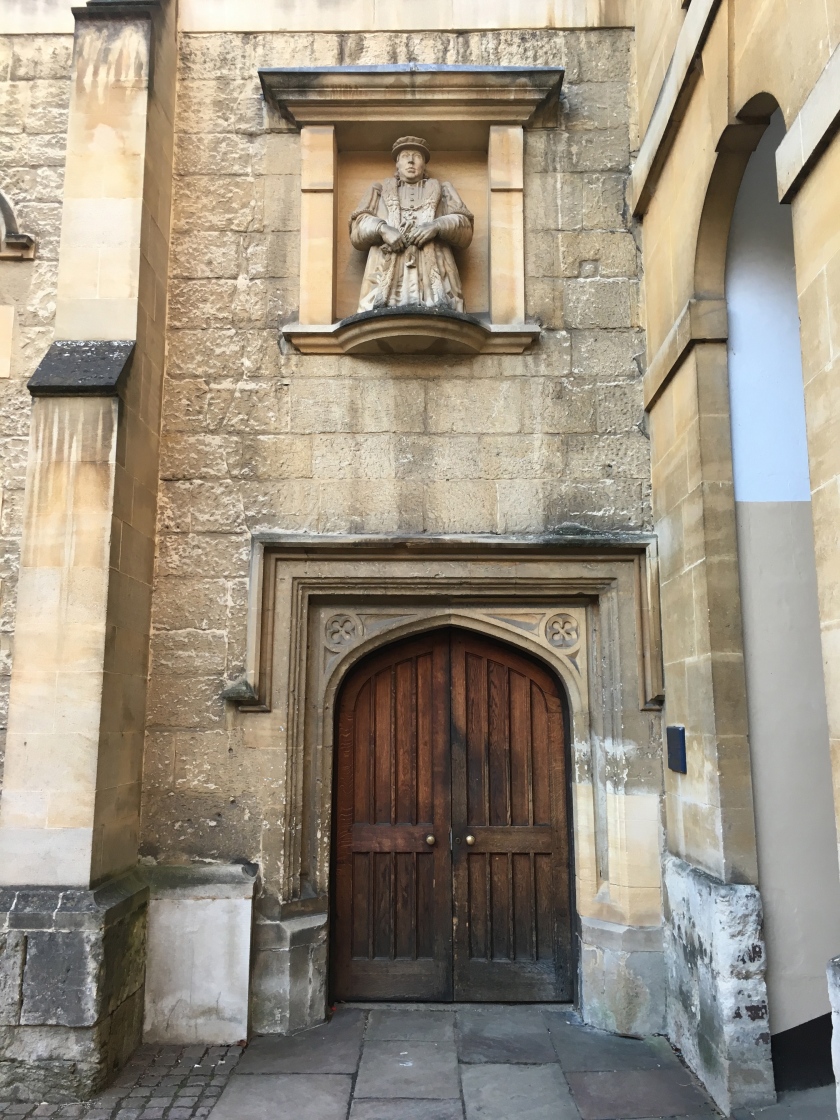 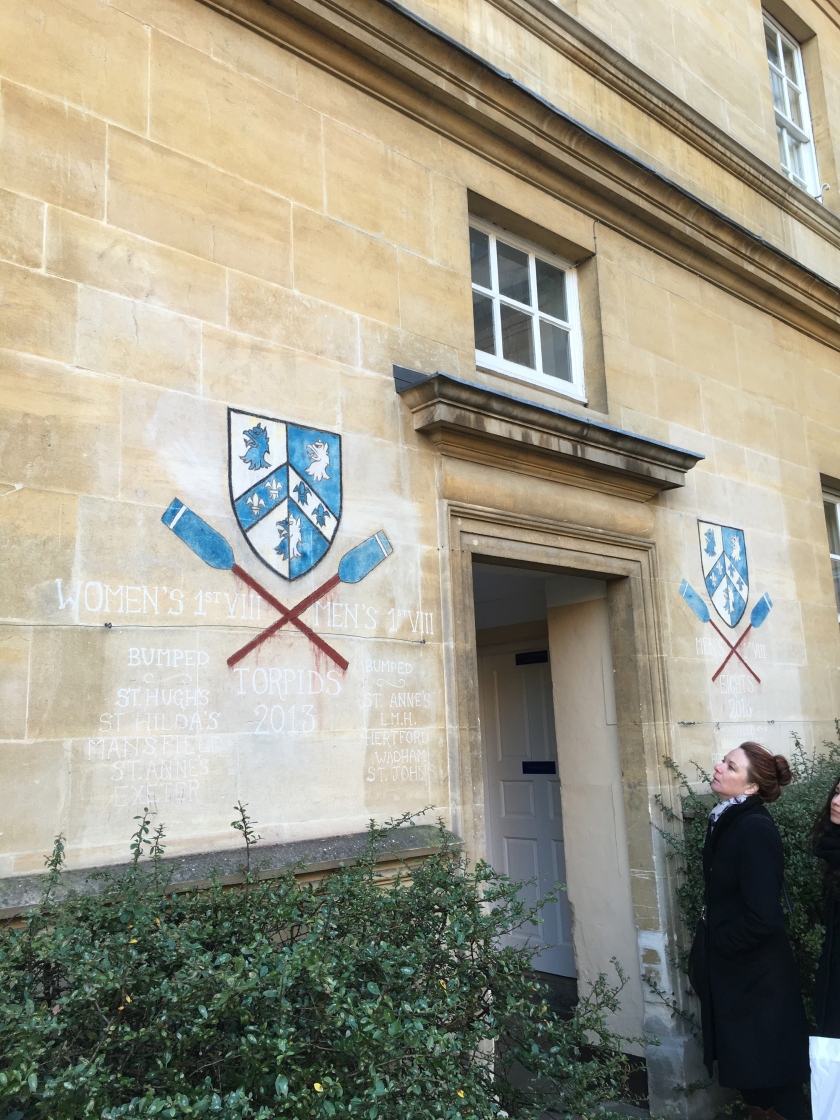 Now get ready for the best part – Pitt Rivers Museum. Founded in 1884, this Museum houses a large archaeological and anthropological collection! The entrance is through the Oxford University of Natural History. Not only did I fall in love with Stan the T-rex (apparently Scientist believe that this dinosaur was possibly covered in feathers!), I learnt a lot about the way of life of different groups of people from around the world. 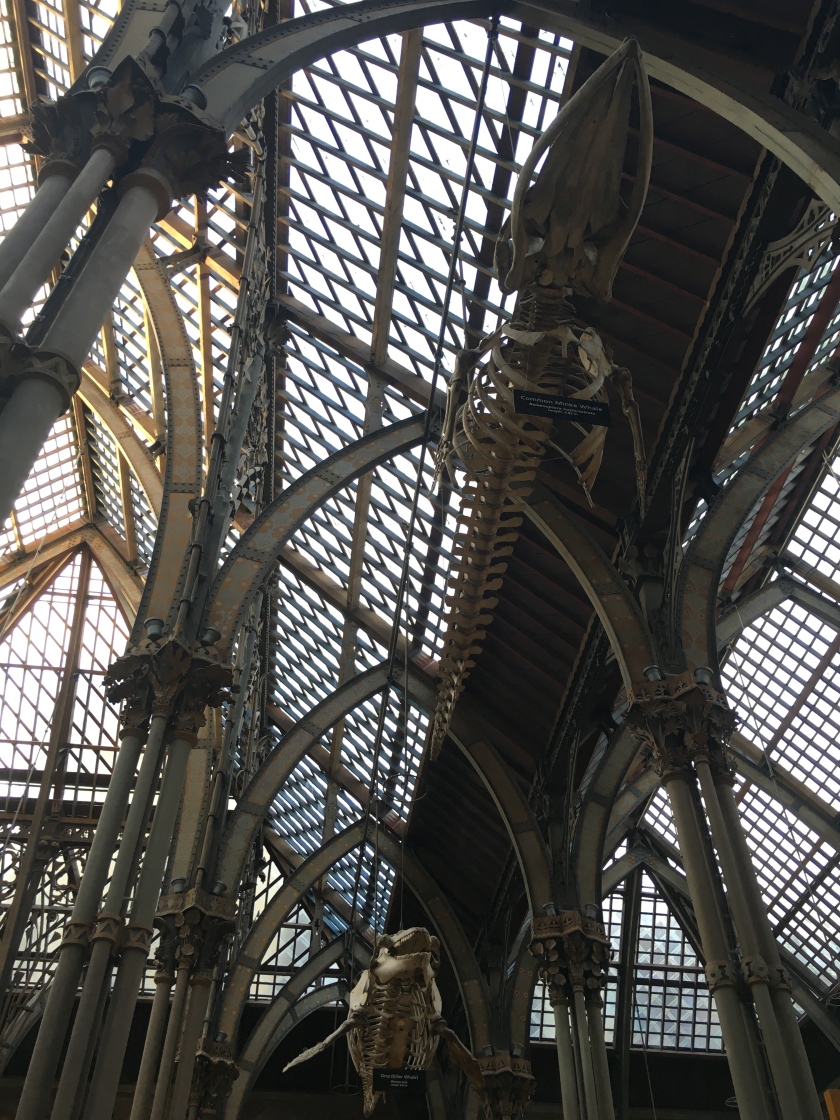 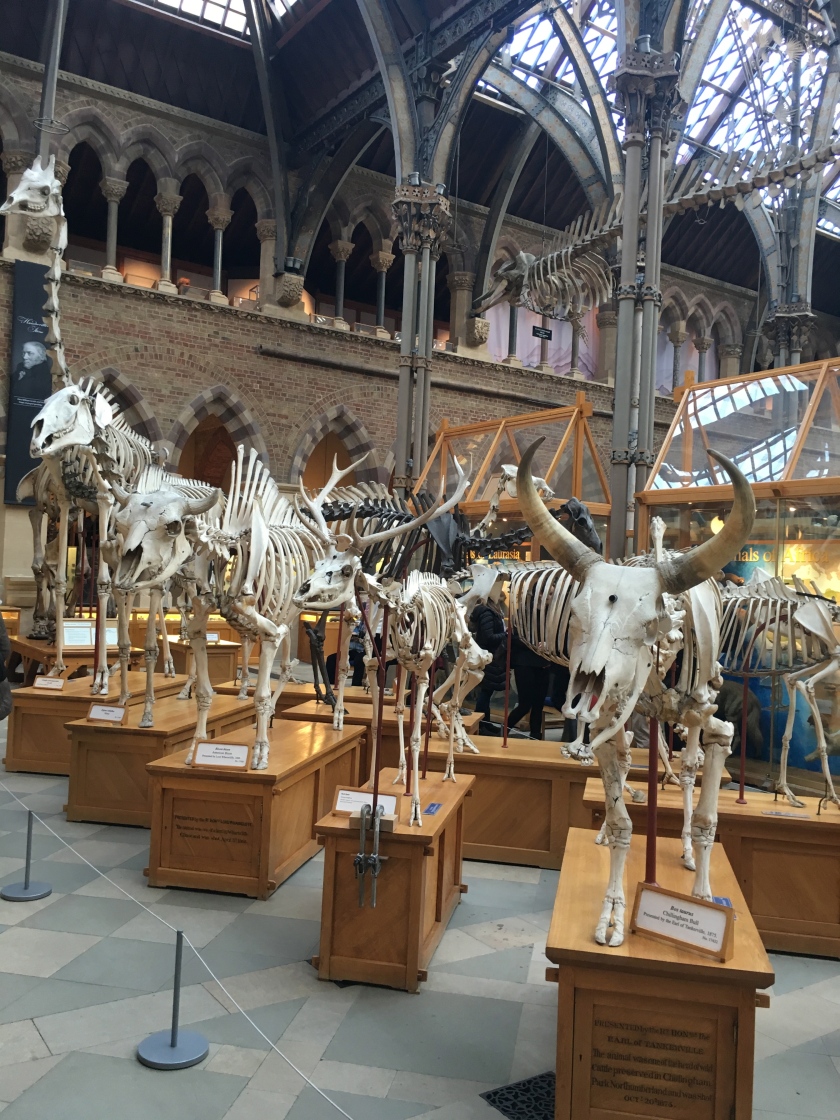 The museum has two main halls with 2-3 floors of displays. Whilst General Pitt Rivers donated his collection to the Oxford University, a large amount of the items were given by travelers, teachers, anthropologist etc who collected them from the people who made or used them. 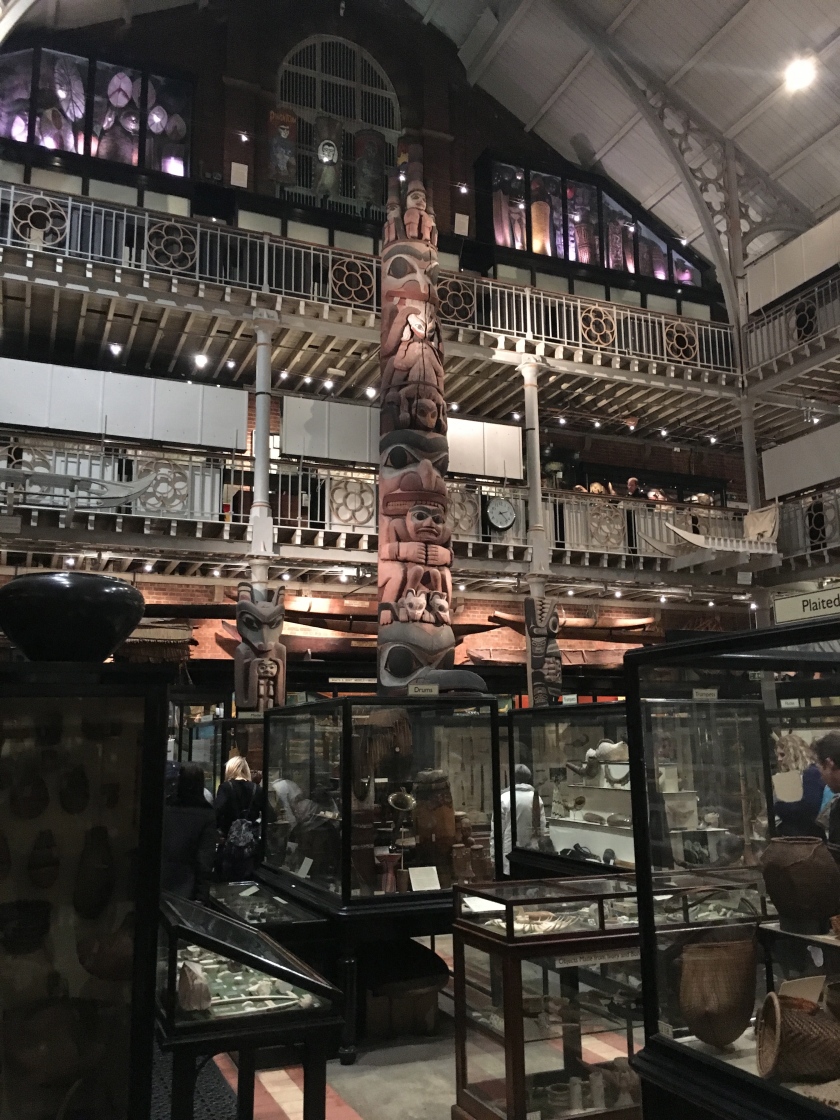 Note: this is not an alien, it is a diamond squid which can grow up to 1 metre. 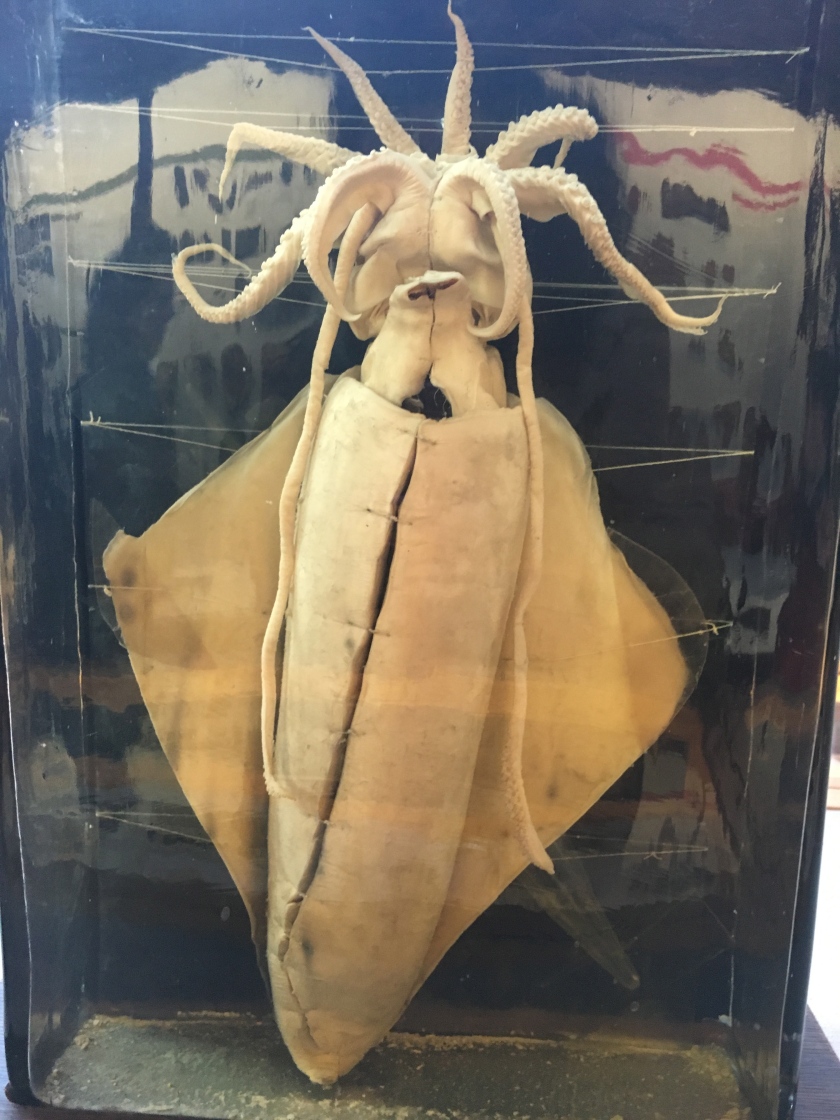 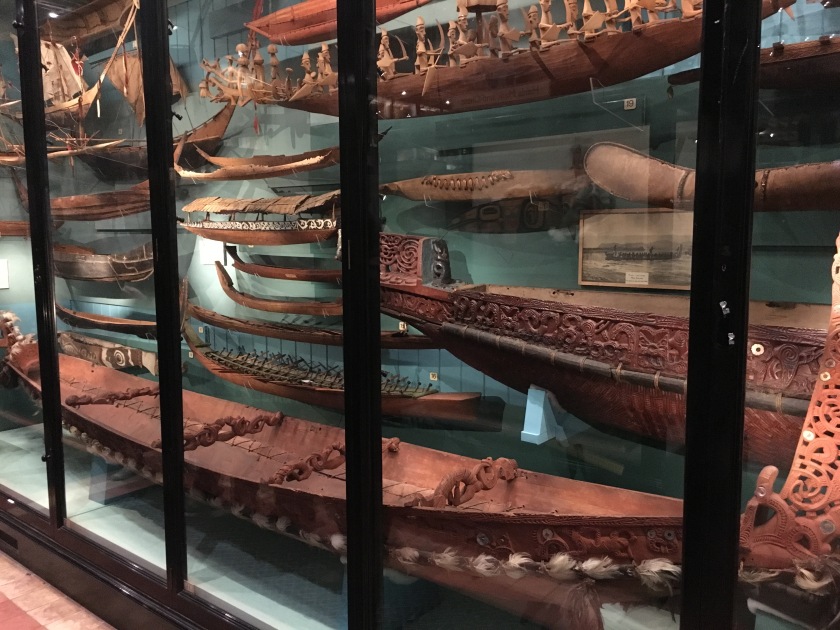 Some collections transport you into the world of black magic and mystical beliefs.

Many of these objects were kept as they were found and believed to bring power and good luck. There are some pre-historic tools that were believed to have been created by lightning and used to protect someone from lightning. 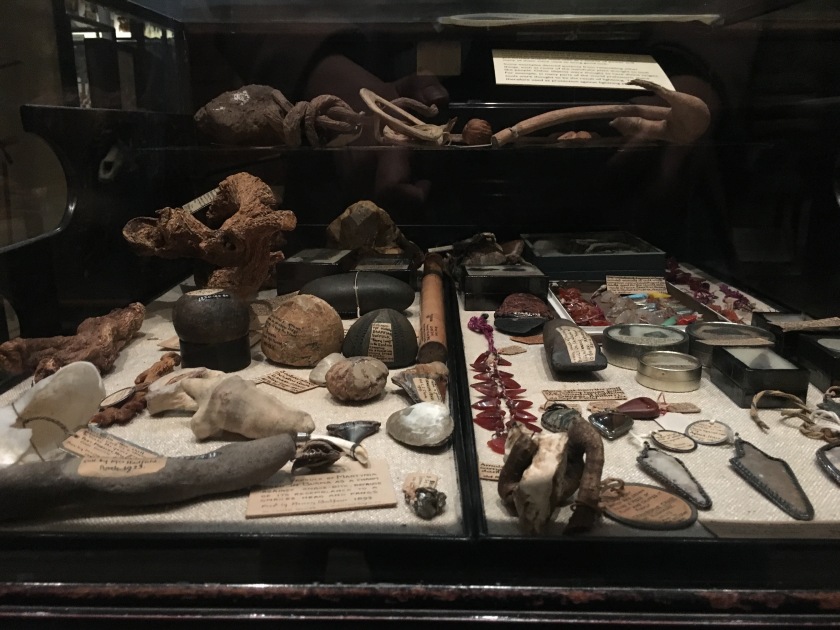 Entry to the museum is free and walking into it feels like walking into the great hall with age old mysteries waiting to be solved. It’s a great option for the kids too. They get a quiz sheet that they can fill out while finding their way through the maze of collections. I was so jealous I wasn’t asked to participate! I was also slightly disappointed that Stan didn’t come alive, but apart from that, it is such an impressive collection that dives in deeper into the world.

It adds just a little more magic to Oxford.